Located in the city of Namur the TreM.a – Museum of Ancient Arts, it is a promise of travel through the Middle Ages and the Renaissance, to the discovery of workshops, artists and artisans of the Valley of the Sambre et the Meuse. From the treasure d’Oignies to the paintings of the landscaper Henri Bles, passing through the Mosan sculptures and productions of corporations and organizations, discover the splendors and history of the regional heritage of Namurian and its surroundings. The exceptional collections that are preserved, studied and exhibited, after 1964, in a 17th century mansion, besathed by the Gaiffier d’Hestroy family. 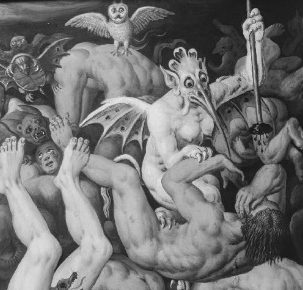 Guided tours are available in French, Dutch, English, German, Italian and Spanish, to groups of visitors at the price of 40 euros/hour during the week, or 60 euros/hour on the weekend (plus the price of the ticket). Available only with reservation (minimum 10 persons and maximum 20 persons).

Immerse yourself in the heart of the history of our collections thanks to our audio-guide tablets. Adapted to visually deficiencies person, texts can be heard or read in four languages (French, Dutch, English, and German). They are available free of charge via the app (available for Android and iOS) or via the museum tablets (for rent at a price of 2 euros).

Multi-language brochures are available free of charge to visitors at the museum reception.

Spaces dedicated to temporary exhibitions and toilets are accessible to people with reduced mobility, via an elevator. Unlike the collections permanents which are accessible only by stairs. Cane seats can be requested free of charge to the museum reception staff.

Animals are admitted at the internal corridor, with the exception of Guide Dogs for people with visual deficiencies and diseases are allowed throughout the museum.

A Wi-Fi hotspot is available for free at the museum.

Photos are allowed without Flash in the collection’s permanents, but are prohibited in the temporary exposure room, the use of selfie stick are not allowed.

Only handbags are authorized in the museum. Large bags must be deposited in lockers at reception.

Do you want to come back with a souvenir of your visit? Find numerous objects (magnets, notebooks, postcards, yoyos, mikados, archives, rules, dominoes, pencil, pocket mirrors, mouse pad, badges…) with the image of our best works in the museum shop. All our publications (monographs, exhibition catalogues and visitor guides) are also on sale. 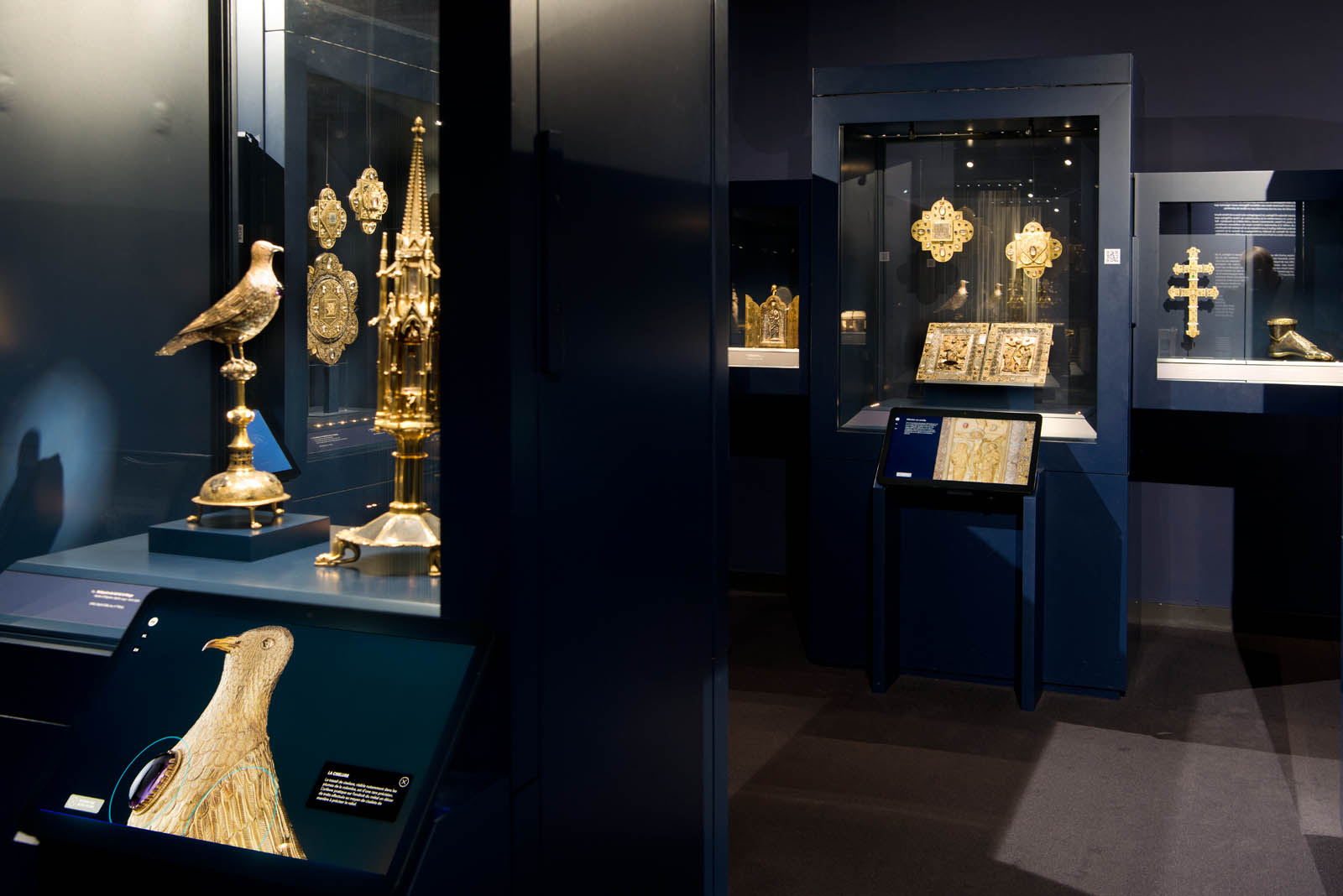 In the heart of our collection is, you will find one of the 7 wonders of Belgium: the Treasure of Oignies, this jewel of the goldsmith of the thirteenth century, of the priory of Saint-Nicolas d’Oignies, is the result of an encounter between Marie d’Oignies (a mystique in love with the Faith), Jacques de Vitry (a religious scholar who became bishop of Acre, later cardinal in Rome) and Hugues de Walcourt, known as Hugo d’Oignies (an artisan brother).

Discover its history and the technical prowess of medieval goldsmiths, at a time when cultures meet and influence each other on the paths of pilgrimages and crusades. 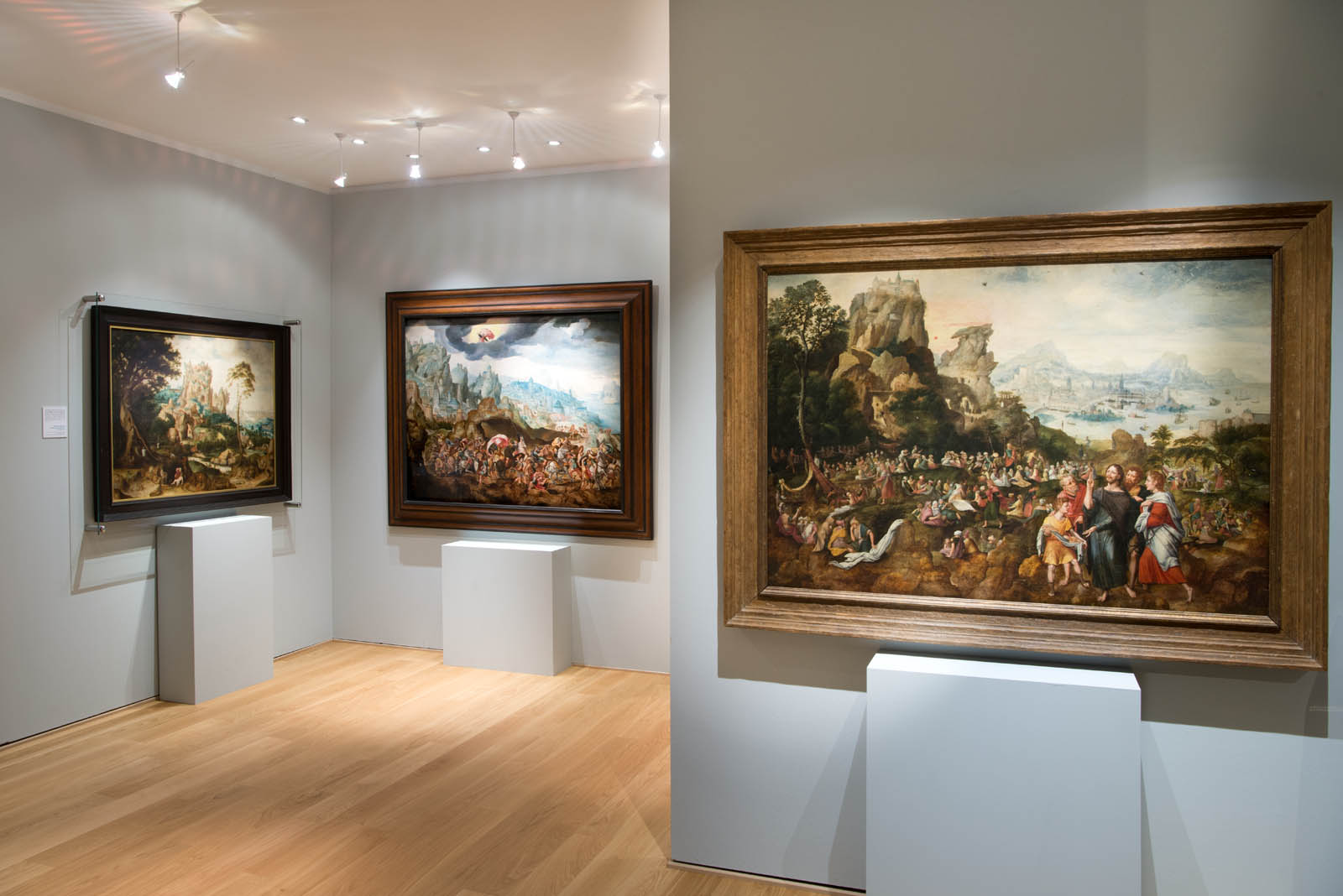 Henri Bles, known as « Civetta » in Italy and « Herri met de Bles » in Flanders, was one of the masters of landscape painting in the 16th century along with Joachim Patinier and Pieter Bruegel the Elder. It is currently on display in America and the four corners of Europe, but above all in our museum, which houses the largest collection of the artist’s works in the world.

Admire its panoramic views, often with religious themes, misty horizons and plains, mountains, forests and distant villages. Masterpieces of composition, playing with colors, which will not leave you indifferent.

Sculptures by the Master of Waha 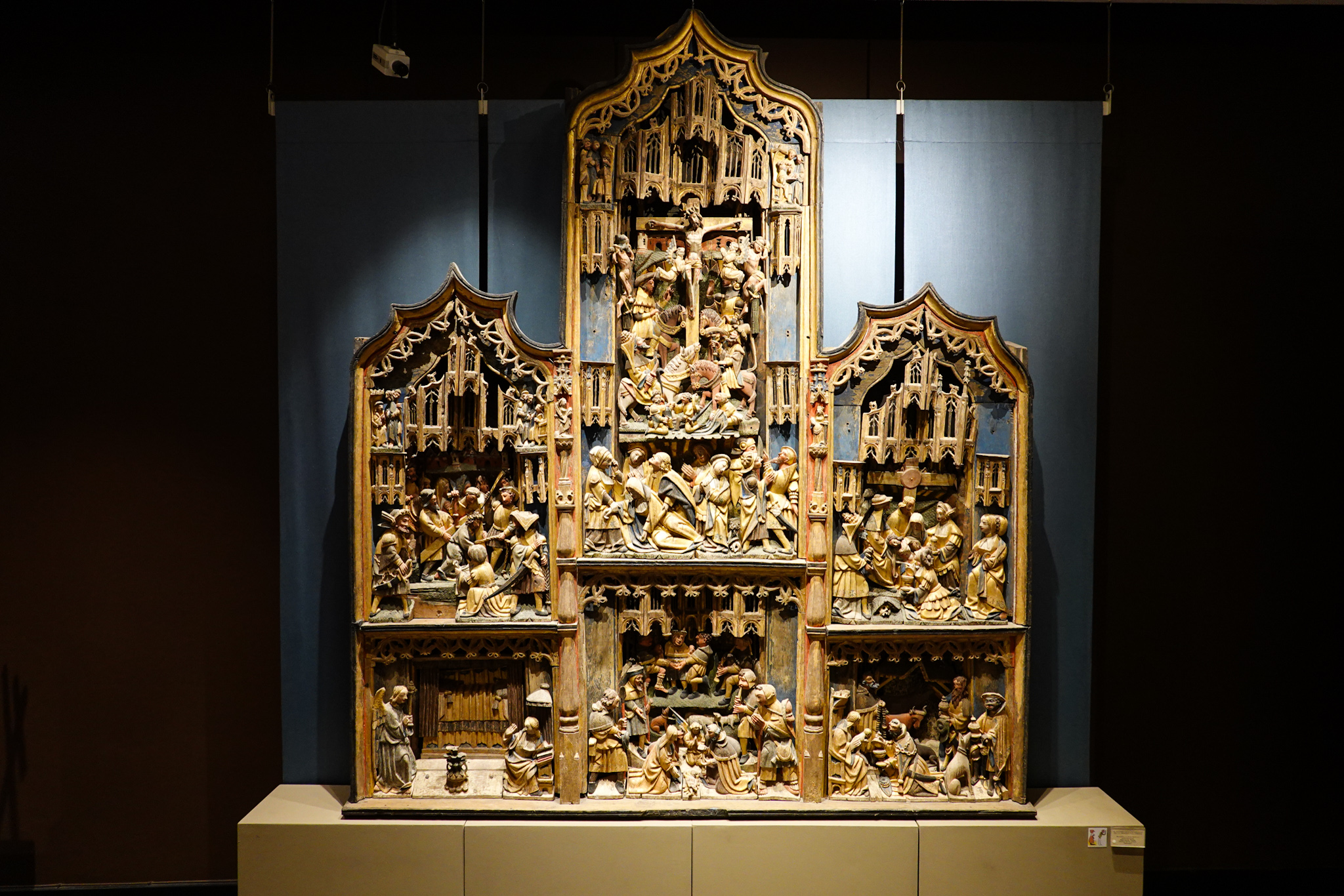 Active in the Marche-en-Famenne region, the Master of Waha is one of the most representative and scultors of the late Gothic style. Sometimes naive charitable views, his religious and hagiographic creations (holy, popes and figures of Christ) copy, through their own rural style, the great models of Antwerp of the earlysixteenth century. Even today, they remain overwhelming and tinged with a certain tenderness.

Discover four works of the master and his workshop: the altarpiece of Belvaux (or altarpiece of Childhood and the Passion of Christ), as well as the statues of Christ on the Cross, that of James the Great and of St. Clement.

Statues of the Rhine and the Meuse basin 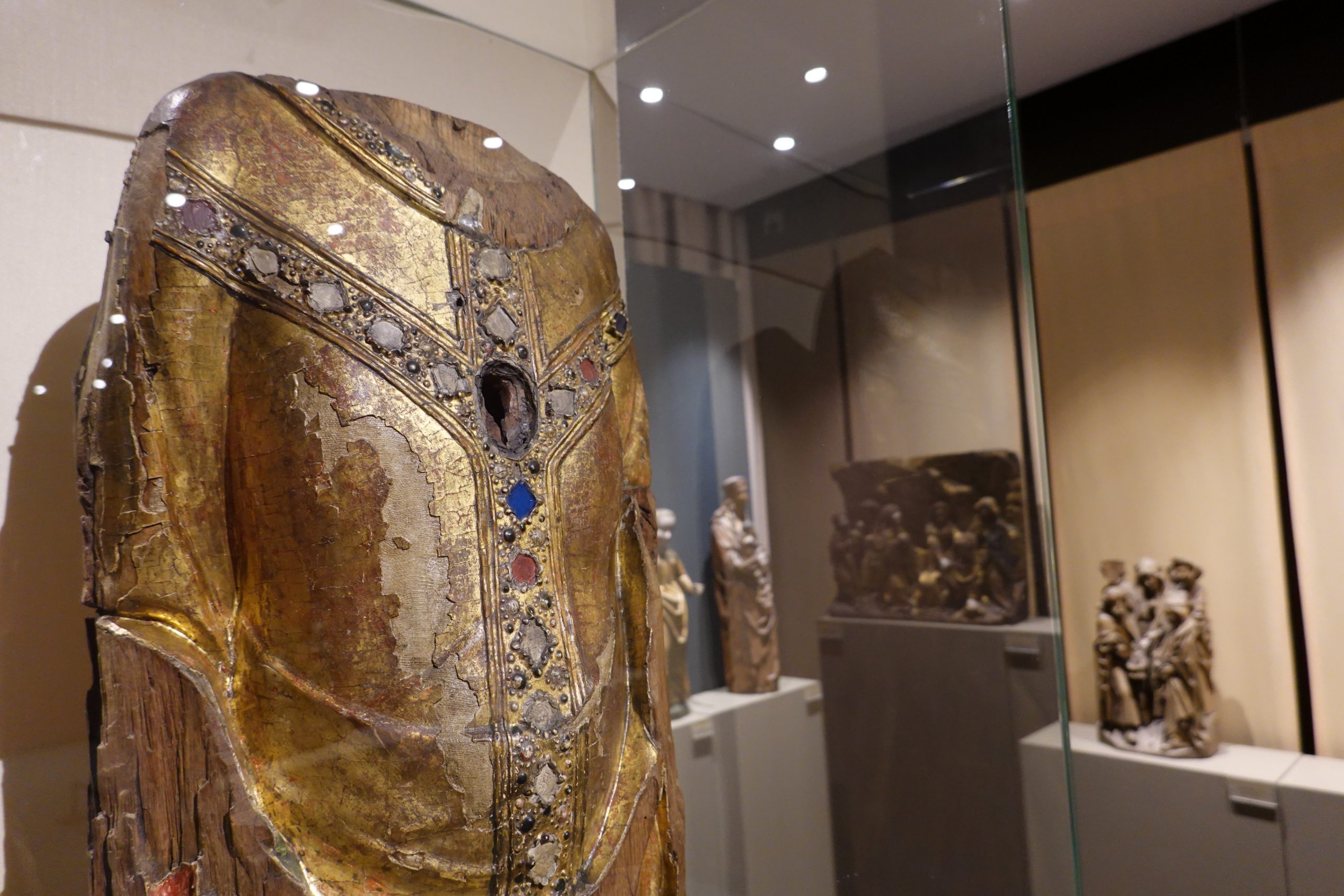 Brabant, Renano, French, During the Middle Ages and the Renaissance, styles meet and influence in the Rhine and the Meuse basin, which extends from Rhin la Meuse, this true artistic pond has left us a series of exceptional sculptures in wood, stone or ivory. With Gothic, Gothic-Renaissance or Mannerist tradition, the works exhibited in our museum testify both to the diversity of styles, as well as to the talent of the artists and workshops of the time.

Discover those following our path of Christs, Virgins, Saints, sculpted groups and baptismal batteries, all produced between the twelfth and sixteenth centuries. 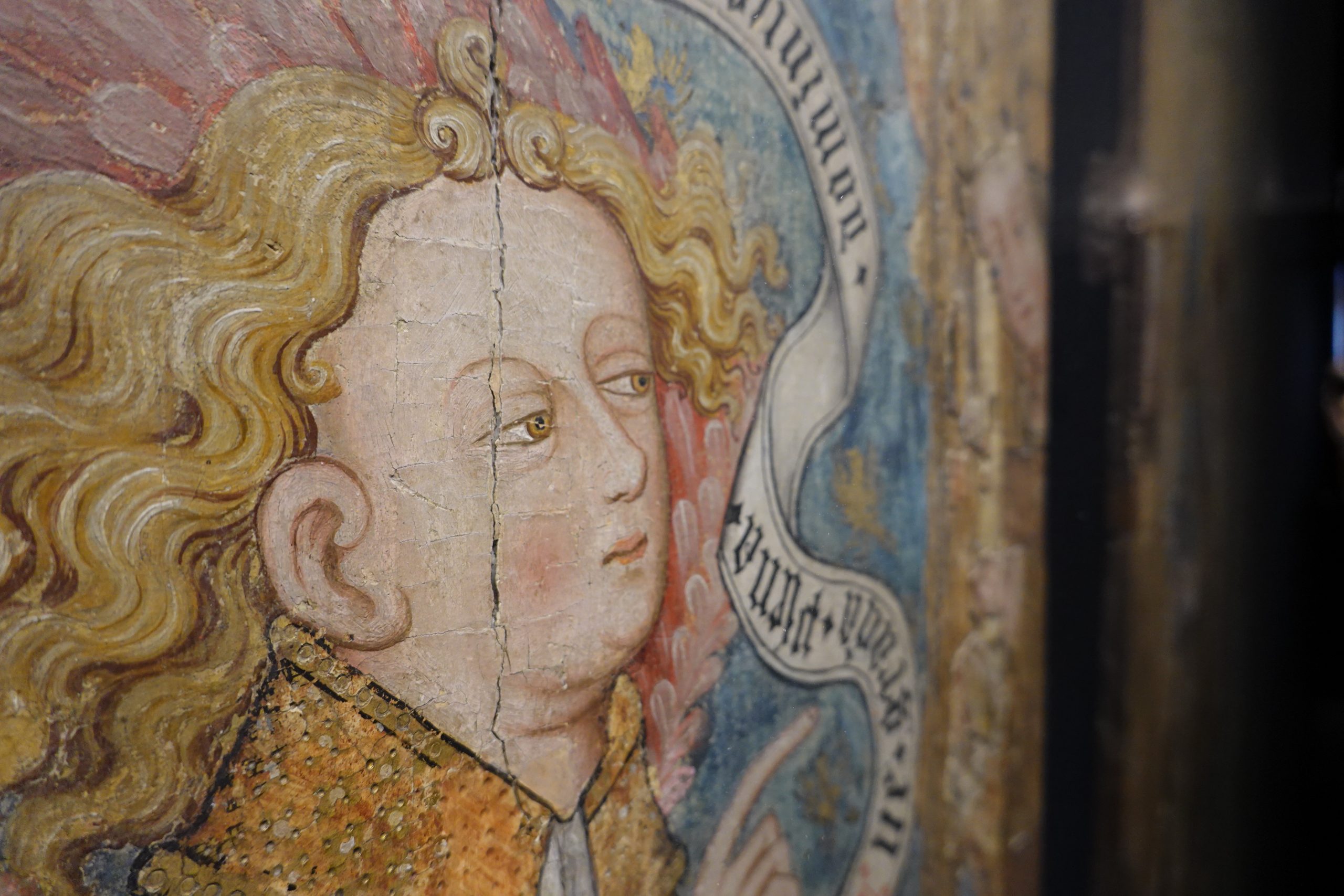 In the 15th century, the art of flemish primitives revolutionized the painting of the southern Netherlands. Hans Memling, Rogier van der Weyden and Jan Van Eyck impress with their mastery of oil painting and the unmatched color palette and intense light of their detailed representations. But this pictorial revolution actually has its roots in some illuminations, altarpieces, reliquaries, sculptures and painted panels before 1420.

Two of these pre-Eyckian works, with refined decorations and delicate figures, are now preserved in our museum: The Annunciation and the Visitation known as Panneaux de Walcourt and the reliquary of St. Mauritius d’Agaune. Don’t miss them during the visit! 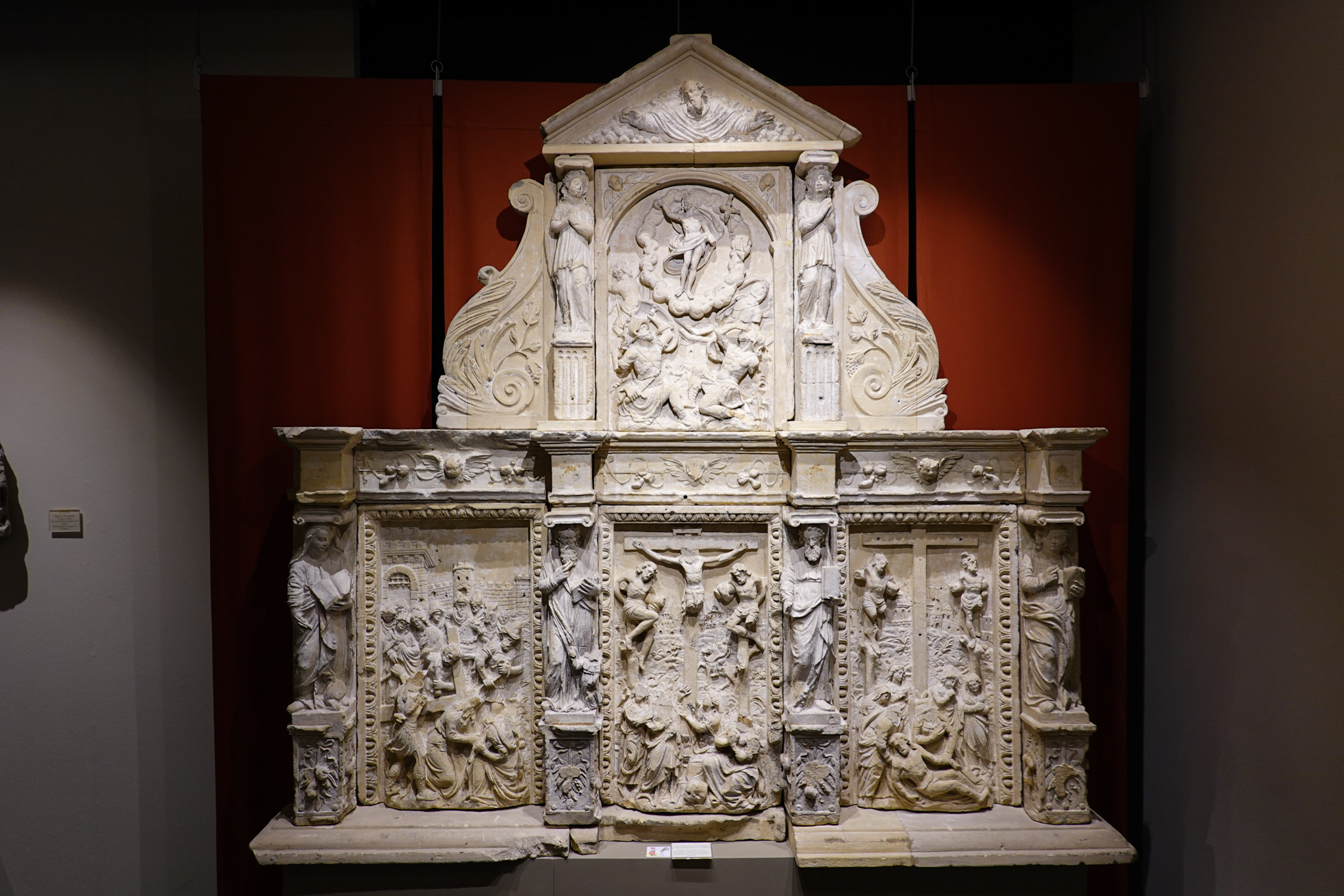 Ruled by the Dukes of Burgundy and then by theHabsburgs of Spain, the ancient Netherlands experienced an economic and artistic golden age since the end of the Middle Ages. During the Renaissance, the production of workshops flourished, sometimes with renowned masters, this is under the orders of princes, ecclesiastical and wealthy bourgeois and is complemented by other sculptures, of standardized proportions and patterns, intended to satisfy a market that is gradually spreading throughout Europe.

Adorning the choirs of churches and chapels in the Mosan region, the abundant liturgical furniture, and in particular the altarpieces, attest to the tremendous growth of these workshops. From painted wooden altarpieces to toba sculptures, some of the most beautiful works of the time are to be discovered in our museum! 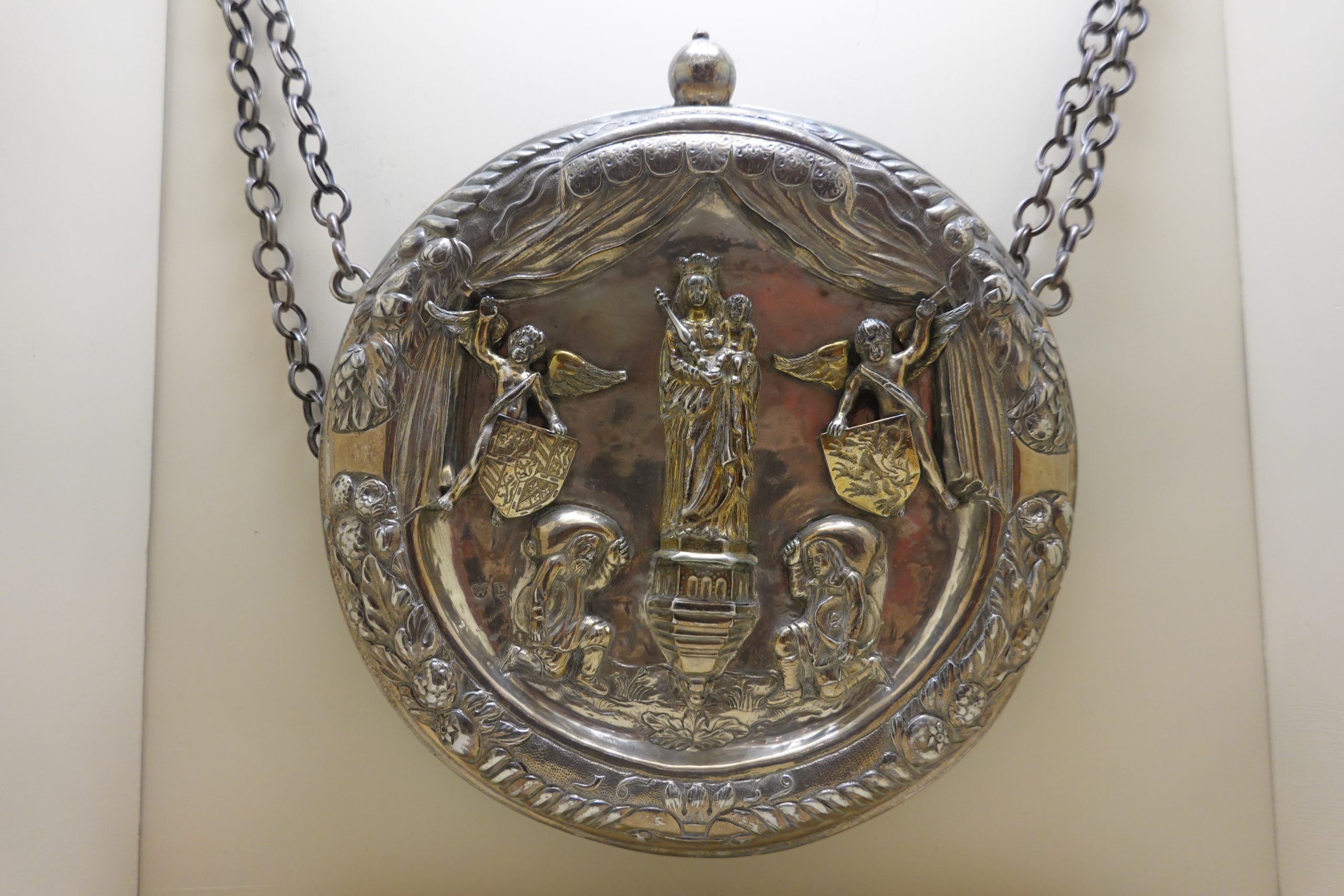 Since the last quarter of the thirteenth century, Namur’s shops have been equipped with charters, which led to the formation of societies and organizations. Essential in the society of the Old Regime, these urban groups, which bring together artisans around a specific activity and traditional techniques, eventually became the reflection of a local identity. They are also at the origin of the masterpieces of goldsmithing (medallions, chandeliers, …) and painting on glass. Discover a score, all dated between the sixteenth and eighteenth centuries, in our museum!

Getting to the museum

The museum is 500 meters (about 5-10 minutes’ walk) from Namur Railway Station.